Father Clem Hammerschmitt was born and raised in Chicago, Illinois.  He attended Catholic grade school. After graduation, he attended Quigley Preparatory Seminary in Chicago and then Saint Mary of the Lake College Seminary in Niles, Illinois. After completing his second year of college he transferred to the Diocese of Miami and continued his study for the priesthood at St. Vincent de Paul Seminary in Boynton Beach. He was ordained for the Diocese of Miami on May 12, 1973. After ordination he was assigned to Saint Joan of Arc Parish in Boca Raton. He then served at Saint Francis Parish in Riviera Beach, at Saint Anthony Parish in Fort Lauderdale, at Saint Mark Parish in Boynton Beach and Saint Edward Parish in Palm Beach.  In 1992 Father Clem was appointed founding pastor of Saint Matthew Parish in Lake Worth. Father Clem has served as Diocesan Moderator of the Saint Vincent DePaul Society and is presently Diocesan Moderator of the Palm Beach Diocesan Council of Catholic Women. Father Leonard Dim was born in Amike Imo State, Nigeria.  For high school, he attended Bonus Pastor Seminary/St Mary Seminary respectively.  After his graduation, he joined his home Diocese of Orlu as a seminarian discerning his vocation.  His Bishop sent him to Seat of Wisdom College Seminary Owerri where he graduated with a Bachelor of Philosophy.  Fr. Leonard later left Nigeria to travel to Austria where he enrolled in a Diploma Course in Theology.  He also learned the German language while there, but because of the cold weather he could not survive long, and relocated to the United to continue his studies.  On arriving in the United States he enrolled at Washington Theological Union in Washington D.C. to pursue a Masters of Divinity degree.  Soon he realized that he made a wrong choice again and decided he must relocate.  His research brought him to the state of Florida where the “sun shines 365 days a year”. For him, Florida is another home as warm as Nigeria, his home country.   Fr. Leonard was incardinated into the Diocese of Palm Beach in 2007 and was sent to St. Vincent de Paul Seminary in Boynton Beach to complete his Masters of Divinity program and his seminary formation.  He was ordained a priest for the Diocese of Palm Beach Florida on May 4, 2012.  It is also good to note that before his priestly ordination, then Deacon Leonard got his deaconate training in preparation for the priesthood at St. Matthew Parish in Lake Worth, under the supervision of Fr. Clem Hammerschmitt.   Just after his ordination he celebrated his first Mass at St. Matthew Parish with his family and friends in thanksgiving for God’s favor.  His first assignment was to St. Joseph Parish in Stuart, then Our Lady of Lourdes in Boca Raton and now, most recently, he has returned to St. Matthew Parish. Father Raciel Trevino Villarreal comes from a family of six children of which he is the third. He was born on June 4, 1966 in Monterrey, Mexico. His parents are Federico Trevino S. and mother Rosa Villarreal P.  He attended high school from 1981 to 1983 in Santa Catarina, Nuevo León and then pursued a Chemistry career at the Autonomous University of Nuevo Leon from 1983 to 1988.  Less than a year before finishing his Chemistry Degree in 1988 he answered his vocation and started a new formation at the Seminary.  After finishing the second of four years at the Theology Institute in the Archdiocese of Monterrey, he came to the United States in 1995 to continue his Seminary formation until December 2001.  He was ordained as a Deacon by the hands of Bishop Thomas Wensky on May 10, 2002.  A year later, by the grace of God, he had the honor of being ordained a priest by Bishop Sean Patrick O’Malley on February 22, 2003.  He has served in a number of Parishes throughout the Palm Beach Diocese for the last 17 years. His most recent Parish before his assignment here at St. Matthew Parish was at Holy Cross Church in Indiantown, Florida. Deacon Andrew “Andy” Plucinski was ordained in September, 2007 for the Diocese of Palm Beach. Originally from Chicago, Deacon Andy earned his Bachelor’s Degree from Loyola University of Chicago, a Master’s in Business Administration from Nova Southeastern University, and a Master’s Degree in Theology from St. Vincent DePaul Seminary in Boynton Beach. Deacon Andy has been married to Bonnie, an educator, for over 40 years, and they have two married daughters, Bonnie Chavik and Stephanie Walsh, who are teachers.  Deacon Andy and his wife love to travel, and are the proud grandparents of Colin Walsh & Caroline. Deacon Andy is still actively employed with  Waste Management Inc., and has been involved in all aspects of the solid waste and recycling industry for many years. Deacon George White was ordained in September, 2007 for the Diocese of Palm Beach. He earned his Bachelor’s Degree in Architecture from Kansas State University and attended St. Vincent DePaul Seminary in Boynton Beach. He received his Architectural license in the state of Florida in 1982. Deacon George and Gladys just celebrated their 40th anniversary in 2014. They have 4 children, Jennifer White, George Franklin White IV, Nathan White and Kelly White.  They are grandparents to, as Deacon George has stated in many of his homilies, “the most beautiful and intelligent granddaughter in the world, Brooke White.” Deacon George has had his architectural practice since moving to Boca Raton in 1983, specializing in commercial architecture, banks, hotels, office buildings and office interiors. Deacon Robert “Bob” Garamella was ordained for the Brooklyn Diocese in 1986. The second of four children, he was born in Brooklyn and grew up on Long Island. Gaining experience in business, he was employed in various industries and eventually became an entrepreneur owning one of the first public auto auctions and a custom stair and rail building factory. Married to his wife Adele in 1967, they have two children, Glenn and Dina, are grandparents to Christina and Alora, and great-grandparents to 4-year old Ricky. Deacon Bob served in the Brooklyn Diocese for 9 years and at Our Lady of Lourdes in Boca Raton for 19 years. He is currently semi-retired, and also works as a sales representative for a large wholesale packing and shipping company. Deacon Michael (Mike) R. Prestera, Jr. was born in Sylacauga, Alabama and raised in Huntington, West Virginia.  He was ordained as a Deacon in October of 2004 for the Diocese of Wheeling-Charleston in West Virginia. Prior to ordination he attended Marshall University studying Business Administration and Management.  After his ordination he served at Our Lady of Fatima Parish in Huntington, WV.  While there he served as Director of Religious Education and later as Pastoral Associate.  He also adapted an Evangelization process that was utilized at several parishes in the Diocese.  He managed a small rural parish and oversaw the construction of their first church building project.  He moved to Florida in 2010 and attended Holy Spirit Parish.  I offered my services in 2012 and served the parish for the last eight years. Deacon Frank Iovine was ordained in June 2016 in the Archdiocese of New York by Cardinal Timothy Dolan. Born and raised in Bushwick, Brooklyn NY he then went on to Valley Stream, Long Island where he graduated Valley Stream South in 1968.  Deacon Frank earned his Bachelor’s Degree from Adelphi University in Garden City, Long Island and earned a Master’s Certificate in Project Management from George Washington University. Deacon Frank completed his Diaconate formation at Saint Joseph’s Seminary in Yonkers, New York, retired from Verizon after 46 years and then moved to Delray Beach. Deacon Frank has been married to Maria, a retired legal secretary for the past 28 years. Deacon Frank and Maria have three grandchildren Emersyn, Nash and Elliott. Deacon Frank is the Director of Faith Formation at another Catholic Church in the area and is Chief Chaplain for the Delray Beach Police Department.  Deacon enjoys spending his free time with his wife Maria and friends. 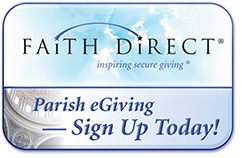 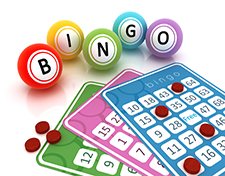 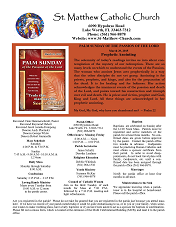 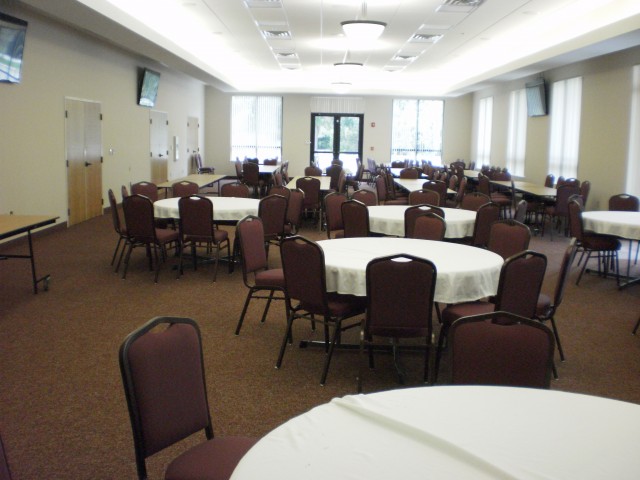